Being a creative is tough…you have to become best friends with rejection and it’s alter ego failure!

Especially in front of an audience, a place where vulnerabilities are highlighted to the “ump teenth degree!”

On Monday night… I had one of my biggest bombs… I even think it was bigger than the time I sang “Teenage Enema Nurse” on stage accompanied by a ukulele and landed on my ass (literally) as my right knee dislocated out from under me!

That was in 2016 at the opening of my Nurses and Hypochondriacs show for Breast Cancer Awareness!

But people thought is was part of the act! One of my friends, a psychiatric nurse, had run on stage helping me pop my knee back into place even, though I was in excruciating pain! Yowzers… the show continued on! 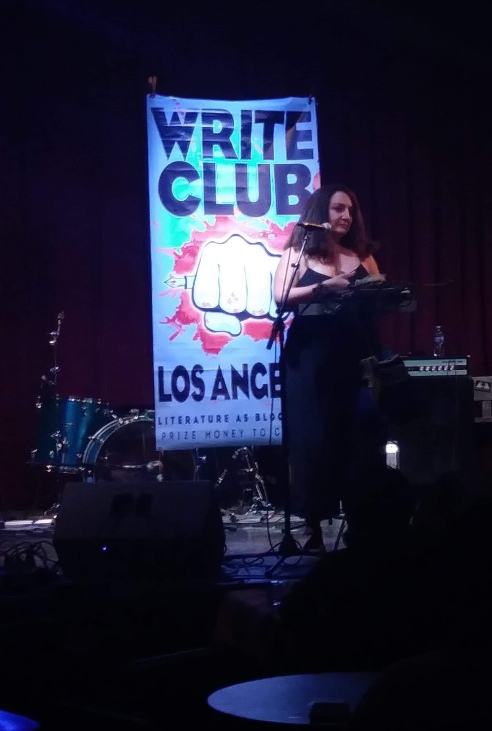 But Monday night was different! I had gotten asked to tell a story or perform or I still don’t even know what…? At this show called “Write Club!”

The show was short a few people so I nominated my friend Chris, and he got on the show as well!

Write Club: it’s like fight club, but with words! That’s the best way I can explain it! It’s fierce, fast storytelling… in a variety of forms!

There’s a theme, a topic, a battle!

What…. I was battling Chris…? 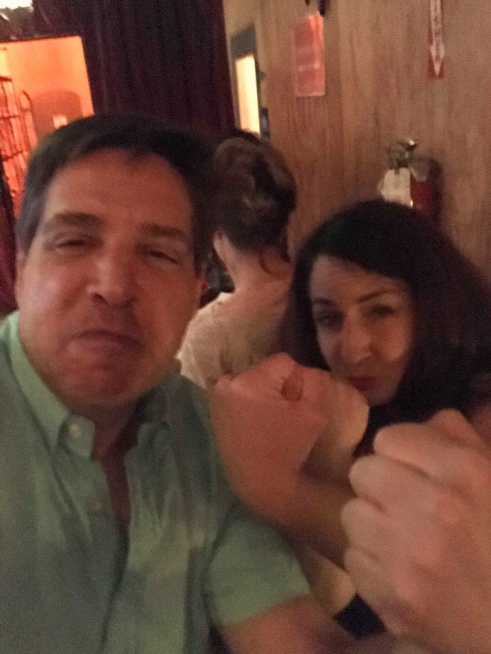 Of course his topic was “legal!”

And he’s technically an attorney… it’s in his DNA! Both his father and grandfather were attorneys!

The odds were against me!

For a week, we IM’d and met to chat about the show… we deliberated over Porto’s sweet and savory pastries! We stressed over al pastor tacos in the middle of Hollywood… and in the end my ass was handed to me on a silver platter!

I was ill prepared… I tried to enmesh historical facts with one of my best stories… to say the least it bombed worse than Hiroshima!

When I was a kid, my brother and I would con my mother into checking out Eddie Murphy’s rated R comedy records from the library. We’d sit for hours in my closet cracking u while the record spun on my Holly Hobby record player!

Eddie Murphy was always my fav …but even he’s bombed and hasn’t been on stage in years!

I had told my story before on stage twice… and each time I killed it! However, this time I had made a few minor changes trying to add historical facts… my timing was off… I missed the part of the pre show meeting where the guy taking the time explains what the hand signs meant… and I was totally thrown off kilter !

I don’t have a problem with failing… failing is what you deal with as a creator…it’s all part of the game!

What I have a problem is another woman punching you in the stomach when your down! Telling you what you did wrong?? Ouch!

Overall is was a great night! I was happy my friend Chris won. And earlier in the day I was awarded a $1500.00 grant for my podcast! So suck it!