It’s your Birthday? Let me buy you a drink… Beignets and coffee!

-All my new friends in New Orleans

March 5…. that’s my birthday… and go figure… the city of New Orleans aka NOLA decided to throw me a huge party aka Mardi Gras!

I could hear people outside of my hotel as early as 5 am lining up to see the parades. Living in Los Angeles, I grew up going to the Rose Parade and even spent many nights camping out on the sidewalks. But here in NOLA people bring their food game with them! 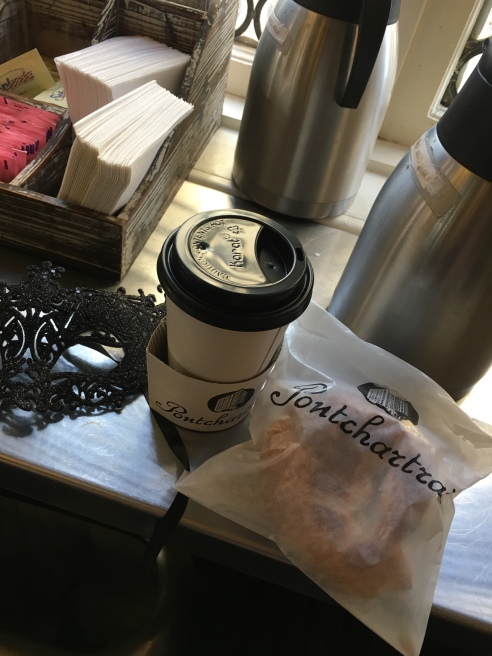 My day started with coffee and a crispy fresh croissant at the Pontchartrain hotel… I bumped into some half sober 20 something year old gals at 730 am who asked me ” Are you Bailey’s Mom?”

The 20 something drunk gals assured me that “Bailey’s Mom” was a very hip cool woman much like myself. They then bestowed me with some Mardi Gras Beads and told me to get a “Bloody Mary” at Igor’s … since they had the best ones in NOLA!

730am is a bit too early for a Bloody Mary… I know I’m old! Instead of going to Igor’s… I headed down the street through succulent smells of Bar B Que, Ettoufe, and steamed Crawfish.

Yes… the cookout at 8 am looked amazing…The streets were lined with people channeling their inner master chef at their own private picnics. I was so tempted to ask people for food!

Wandering the streets… I ended up in a neighborhood that really knew how to party welcoming in “The Zulu Parade!” 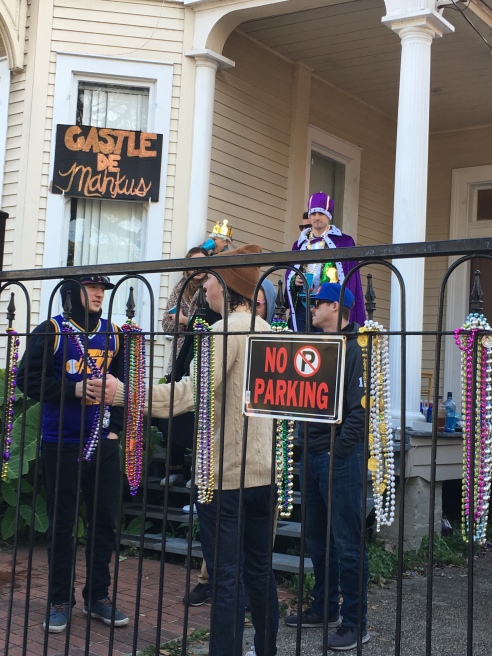 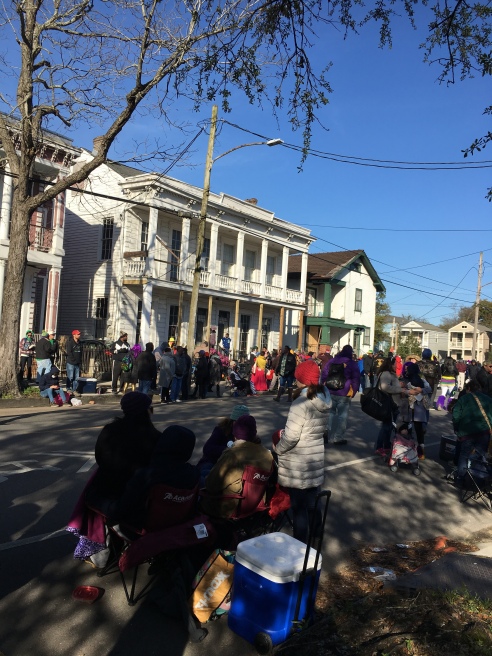 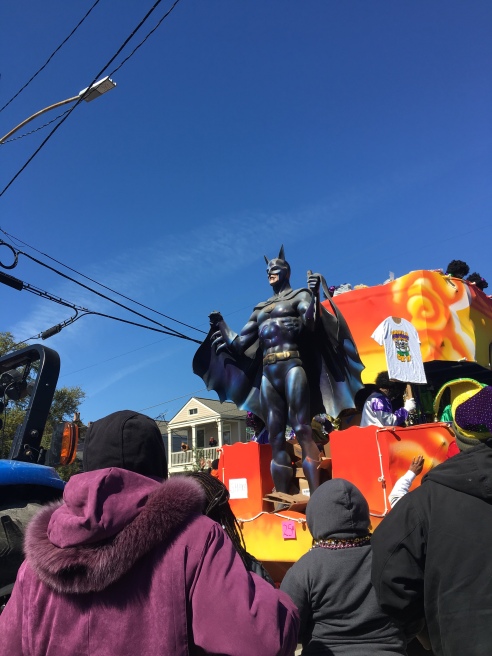 The Zulu parade was a ton of fun! And it’s all about catching the “coconuts !” 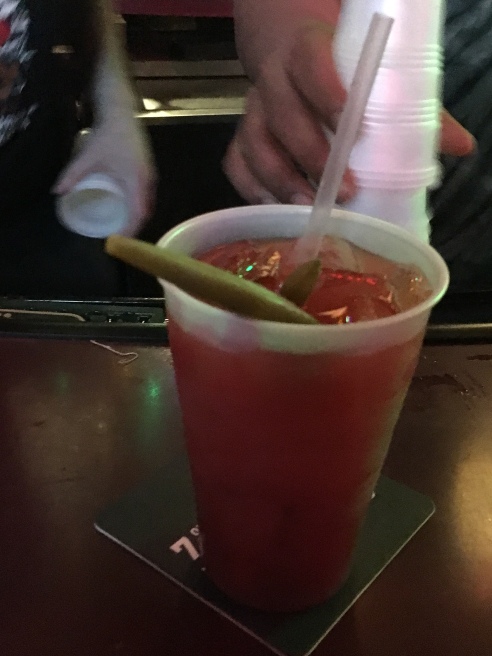 And some nice young gentlemen bought me a shot of tequila to go along with it! I loved the pickled green bean topping my “Mary!” It had a great oumf!

With my “to go cup”in hand I was ready to keep roaming the Mardi Gras Party! 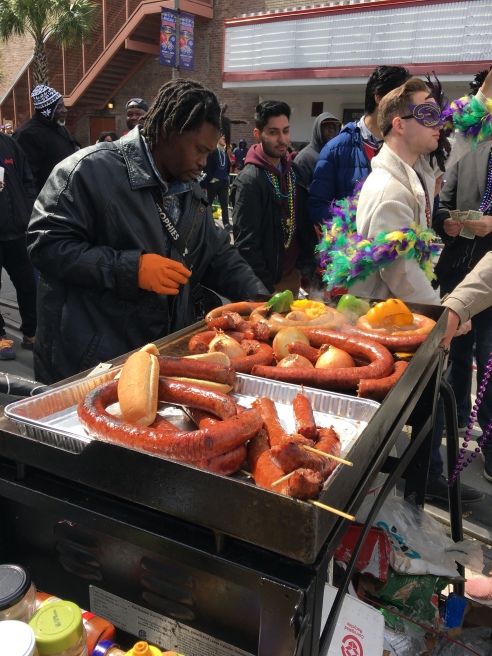 I ended the day with a Hurricane and some Etoufe at a place called “Ed’s” on St Charles Street.

Day 2 in NOLA was amazing! And to date one of the best birthday’s since my 12 year old birthday when my brother pushed my friend in the pool fully clothed and my 40th at the burlesque bar when all my friends got drunk on the rum punch and magically turned into cardiologists!