Food is like sex… when you abstain even the worst stuff begins to look good! 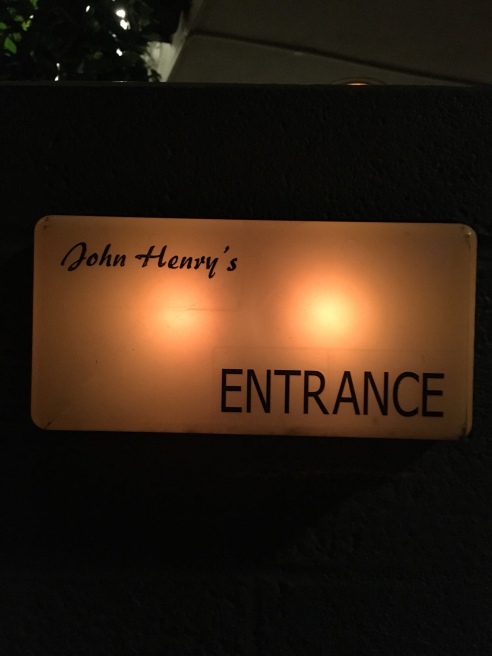 “You’ll never be able to get in! You need a reservation. They’re booked for months, but it’s the best kept secret in Palm Springs!”

That’s what the couple from Yucaipa,whom I met at the tiki bar, told me! We were chatting about restaurants over Mai Tai’s and flaming pineapples, and they thought I should checkout “John Henry’s.”

I’d never heard of the place! But one night I was hungry and happen to be in the desert so I made a reservation for “ONE!”

That’s one of the fine perks of being SINGLE! You can pretty much get in anywhere at a last moments notice.. there’s always room for one!

“Pre-Silia! Yes .. we have an inside and outside table! You decide when you get here!” Said the Maitre D. 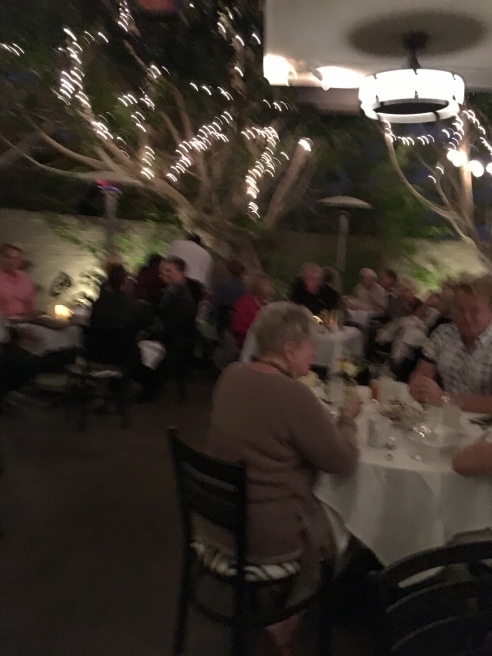 My pictures don’t do this place justice. It’s cozy. It’s romantic. It’s where all the wacky locals hang out!

Everyone seemed to know each other. There were birthday parties going on, romantic dinners, And my party of ONE!

As I was escorted to my table inside,the maitre d assured me he could get me a table outside. I didn’t understand why he kept trying to push me outside until I met my table mates!

“Are you dining alone?”

“Do you live in Palm Springs?”

“Order the garlic bread… it’s not on the menu!”

“Rick” & “Linda” bombarded me with a slew of questions as my first course was served to my table. 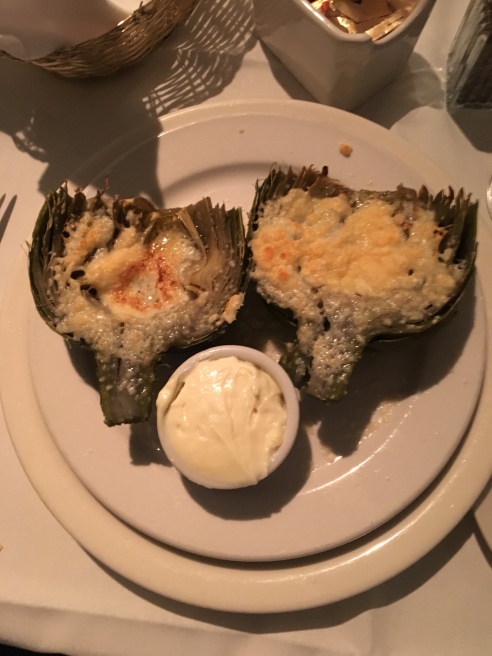 I was tempted to order the escargots 🐌 but those I do like to share and order when I’m dinning with company. Instead, I ordered baked artichoke!

I took “Rick’s” advice and I ordered the garlic bread. The manager said: ” I think you’ve ordered enough food and the bread on the table is good too!” He then gave “Rick” a scowl and replied under his breath, “Don’t listen to them!”

“Pre-Silia! Are you shore you no want the table outside by the tree?” The Maitre D once again tried to get me to sit outside, but I was eager to talk to my new friends “Rick” and “Linda!”

Both in their early 60’s, they told me that they owned several properties in the area and that “Charro” was their neighbor. I felt like a celebrity because they were so eager to engage me in conversation.

I always have to order my favorite Cesar Salad. They did it justice with real anchovies!

As I savored the salted cheesy anchovy on my tongue, both “Rick” and “Linda” continued to fill me in on all the Palm Springs history, gossip and items I should order on the menu. 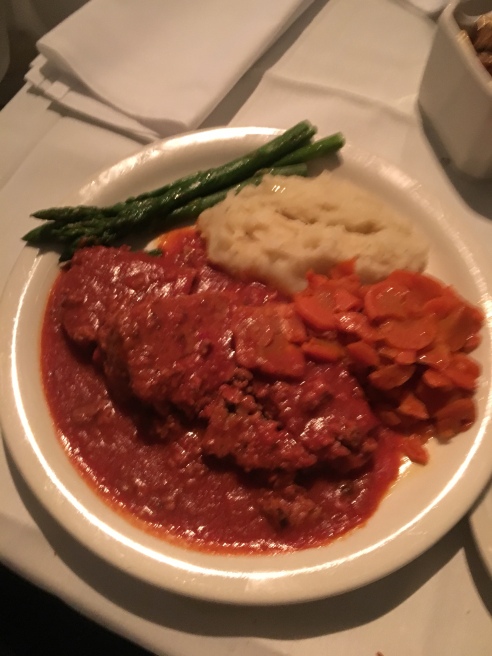 I ordered the John Henry meatloaf.

“You should have ordered the lamb!” Boasted Rick.

“The duck! They are known for their duck! It’s the best!”added Linda.

As I shoved my face with tangy meatloaf and buttery mashed potatoes, Rick filled me in on where the locals eat in Palm Springs.

He told me where Barry Manilow and Susan Sommers hang out. He told me about secret under ground caves famous movies stars took to one of his properties back in the 1950’s, and he also told me some singer named SIA , which he had never heard of, just bought the Max Factor estate! 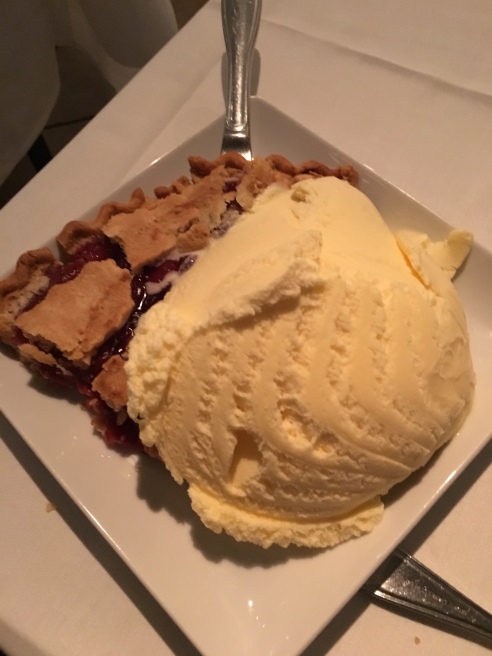 One of the things John Henry’s is famous for, is their deserts! All made in house, specifically known for their pies!

I ordered the cherry pie. It comes with a huge wallop of vanilla ice cream.

“You should have ordered the apple pie!” Linda interjected as I stuffed myself with gobs of deliciousness and bitter sweet organic local cherries.

Any man lucky to have dated me while my mom makes her hand picked, organic, dough made from scratch apple pie, knows it’s to die for! I occasionally get text messages from these men asking me if my mom still makes it… yes she does… it’s better than sex! It’s sacrilegious for me to order anywhere.

So, I ordered the cherry 🍒 pie and cherry is not my favorite. But I wanted to order something I hate to gauge just how good their pies are… and I’m a converted cherry pie lover thanks to this place! The crust is buttery, the pie filling heavenly especially mixed in with the vanilla ice cream!

My new desert friends “Rick ” and “Linda” bid me farewell as they paid their bill.

After paying my bill and trying to overcome the food coma I had just induced, I got up to leave and the Maitre D said ” Pre-Silia, I tried to give you the table outside, but you didn’t listen! I tried to help you! You come again next time it will be better!”

And yes… I can’t wait to have dinner next time at John Henry’s, who knows maybe ” Charro “will be sitting next to me and we’ll share some cucchi cucchi’s and the escargot!

2 Responses to “John Henry’s: Its The Best Kept Secret!”