Rejection…. oh the pain… Check out this blog on Rejection! 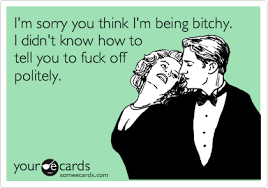 How is it best to reject somone? It’s been likened to taking the plaster off a wound before; rip it off quickly and the initial sting is quick and fades quickly, or peel it off slowly, each hair follicle being torn out individually. The sensation lingers longer perhaps, but it’s less of a shock with each prick of tingly pain.

Until fairly recently, I haven’t had to reject anyone really. The guys took the burden upon themselves to reject me for the most part, so it’s been a bit odd that I’ve had to dive in at the deep end with rejecting dates for a variety of reasons; we just didn’t click, I didn’t fancy him, he had the personality of a loaf of bread…among a few reasons.

I’ve attempted to reject guys both ways, figuring it’s something that should be worked out on a case-by-case basis.