Another weekend away! Road trip to San Diego, where I’ve had a disastrous love hate relationship with for the past 14 years. Whenever I dared to travel to here in the past, it was full of drama: Arguing, getting lost, and plenty bad food!

This time, I vowed it would be different. I decided to tackle San Diego on my own since I had to attend a conference: on “Integrative Medicine and Holistic Nursing” hosted by Scripps Hospital held at “The Hilton in Mission Bay.” In the last few months I’ve been attending conferences in nursing hoping to awaken my passion for the profession once again, which due to certain circumstances had gone dormant.

I picked a shanty boutique hotel in Pacific beach, “The Pacific View Inn” right next to the pier. Finally fulfilling my dream of staying at a place where surfers and fisherman go. The accommodations were a bit shabby, but my window opened up to a spectacular view of the ocean and Pacific Pier which made me somewhat ignore the creaky bed with springs that lodged into my left scapula at night.

View outside my window 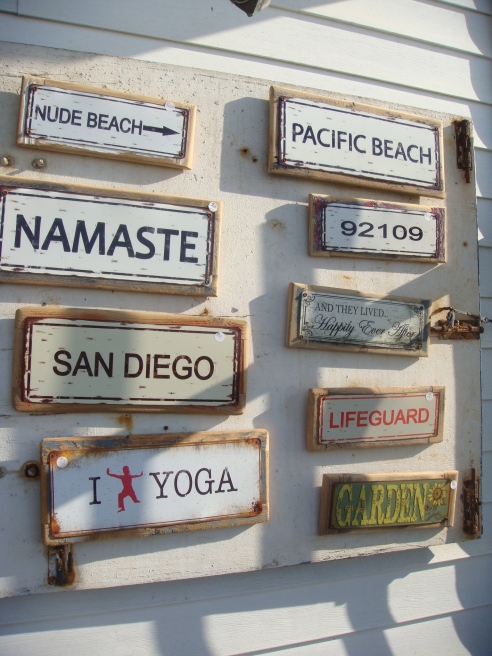 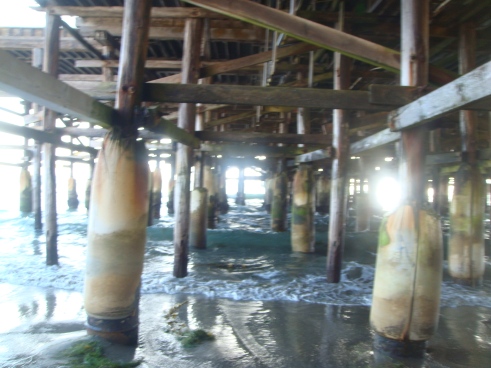 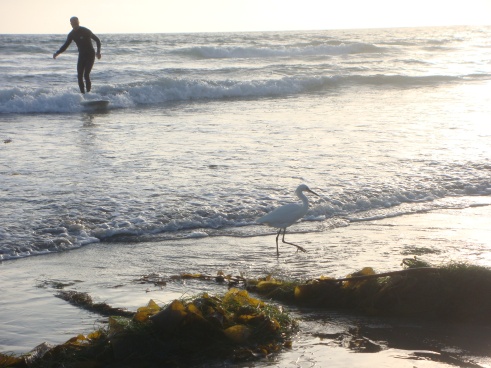 The surfer meets the crane 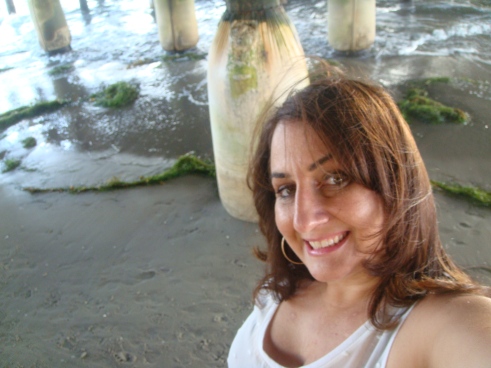 Expert at taking pics of myself!

On my first day after check in, I took a long walk on the Pacific Pier. I soon noticed an older man who looked like Deepak Chopra following me. He finally approached me, we exchanged a few pleasantries. But then he started getting a bit personal and asking me where I was staying, and if I was married. My “creep o meter” was going off like crazy, and I told the guy I was married to a Marine who would not appreciate this encounter. He quickly turned around and left me alone. A rule to all single women who travel “solo,” always be aware if you are being followed, and never tell a man who looks like Deepak Chopra your true identity.

Ready for some good food, I walked the strand overlooking the ocean to a small mom and pop’s restaurant called the green flash. The name of the restaurant intrigued and confused me at the same time. I sat at the bar while I waited for a table. I ordered an oyster shooter: a combination of oysters, lemon, tomato juice and vodka. As I inhaled the first shooter, three drunken girls sat to my left and made gagging noises as they watched me lick my lips and order a second round. Rule number 2, never get stupid drunk even if you are in your twenties, because you just look stupid!

As I sat at a table overlooking the beach, I ordered the halibut, and read about the restaurants name sake. Apparently a green flash is an “optical phenomena that occurs right before sunrise or sunset most commonly seen over the ocean.” Missed it this evening since I wasn’t even aware of such a thing existed, but hoping to catch it while I am here.

The next day started with early morning yoga, lectures on homeopathy, and holistic health research. A Chakra pavilion and Meditation room was set up in order to get balanced, find your inner guru, and release any negative Qui. My favorite part was lying on a mat filled with 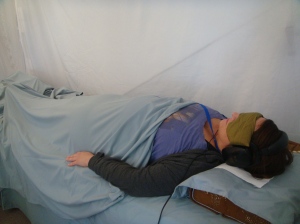 Getting my crystal healing on!!

amethyst crystals that emitted natural heat that somewhat calmed the pain in my left scapula.

On my return back to the hotel, the girl at the front desk was complaining that she could not move her neck. I offered to perform “healing touch” (a healing process that basically moves energy in the body) and applied some Arnica gel that a homeopathy rep gifted me at the conference. She accepted, and after a session I left to have dinner at a place called “Fat Fish” for some fish tacos. 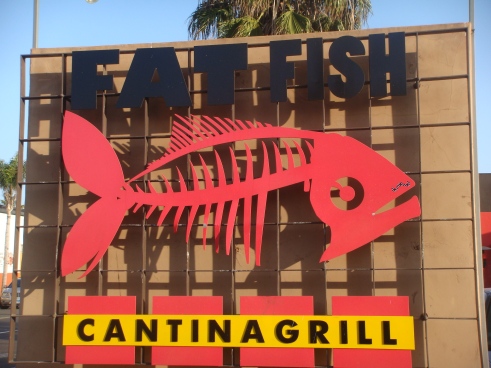 I was surprised to find a Pozole soup made with crisp pork belly, shrimp, and hominy. Delicious and a must if you like pork belly. I also ordered the margarita sampler and Tacos: fish, lobster, and calamari. Not too bad! 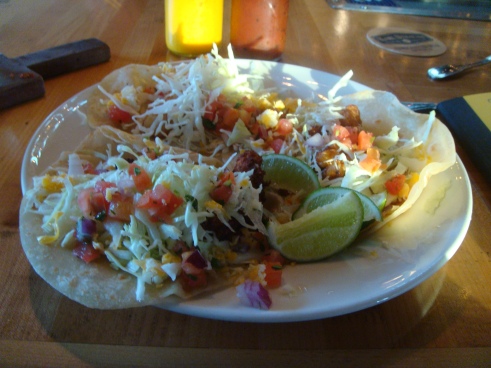 As I walked back to the hotel, I was greeted by the front desk girl who gave me a big hug when I saw her and was thanking me because her pain was gone and she could finally move her neck!

After a brief nap, I decided to fulfill another passion of riding a beach cruiser on the strand without a helmet! I am an avid bike rider and have a racing bike, but I never ride without a helmet. This is plainly due to when I was once a Pediatric Intensive Care Registered Nurse in Orange County, and had to take care of multiple head injuries that my patients had sustained because they did not wear helmets.

Down the strand I went with out a helmet and my hair blowing in the wind. I tossed my reservations aside as I enjoyed the exhilarating moment, which could possibly be my last if I got a head injury. I even caught a glimpse of the “Green Flash” over the ocean after the sun had set. Beautiful indeed and kept me in a trance as I rode along the strand.

Unfortunately, my moment was disturbed by a skater who unsuccessfully tried to jump over an open hole in the sidewalk and swan dived into the concrete right in front of me. And no he was not wearing a helmet! The grey concrete turned crimson red with the blood gushing out of his chin as he jumped up and said “I’m Ok, I’m OK!” and he proceeded to jump up and down. I finally was able to calm him and said, “I’m a Nurse, have a seat and relax!” As I assessed his wound under a street lamp on the strand I noticed he had a laceration on the left side of his chin, and asked him to put pressure on it with his t-shirt. The “lac” did not look too deep, and just needed a butterfly dressing. Another woman appeared with her husband in tow and proclaimed, ”I’m a nurse too!” Apparently, this guy has some lucky Angels guarding his back, in order to put us at the right place at the right time!

After the bleeding stopped, and the skater’s fight or flight response had subsided, I discharged him from my care, gave him some instructions on icing and perhaps going to the ER/Urgent care if things got worse and his wound started to bleed again.

The next day, the Scripps conference ended with a special tribute to Florence Nightingale, where a couple hundred nurses recited the “Nightingale Pledge.” In that moment it dawned on me, as a nurse I may always be called upon to serve, and that the two people I had encountered this weekend were no accident. In this moment I felt truly blessed to having been called to serve as a nurse in my lifetime and it is not only my profession but my passion!

San Diego won my heart, and I was able to patch up any discord I had previously experienced with the city. This trip I was blessed with great people, good conversations, and amazing food! As I checked out of my shanty hotel I bid farewell to the beautiful beach where in just one weekend changed so many perceptions that I had. Sometimes it just takes getting away from a toxic environment in order to fall in love again!

One Response to “Beach Weekend: Sand, Green Flash and Blood”