We’ve all seen it. Hipsters were sporting them long before Michelle Obama decided to make the look go retro chic. And Kim Kardashian faked it before she committed! 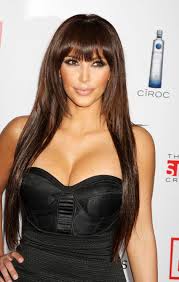 It’s the Big Bang debate: To Bang or not to Bang? That is the question!

Do we go all Cindy Brady on ourselves and give in to the latest fashion hair craze or do we just let our foreheads shine?

I decided to discuss the issue with my hairdresser, Matthew Holman, who I like to call “Star Maker,” my special pet name for him. Before I knew Mathew, I was a nobody, and now I’m a somebody with a blog! That’s the kind of power he posses. After all, he has won an Emmy for doing hair on ‘Days of Our Lives,’ and graces his magic on ‘Biggest Looser’ and ‘The Voice’ to name just a few.

“I love a side bang,” he stated as he meticulously trimmed my bang. “That way if you are commitment phobic, you can change the look.” A side bang is what I currently sport, and yes versatile since I love change, and no I don’t want to talk about my commitment issues!

In my opinion hair is important, especially if you are a single woman! Mathew agrees: “Guys love bouncy hair where they can run their fingers through, and not get caught on extensions!” Wow, that’s Hot! And well spoken by a true soap opera hair stylist, who has coiffed many sex scenes in his time! By far an expert! 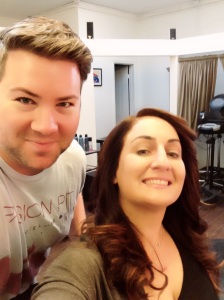 So get rid of the Brittany Spears extensions that are oh so 2005! And decide if you are ready for such a big commitment and go with the bang! For now, I’ll stick with the side bang, and only commit if I find true love and can’t resist the look!

4 Responses to “To Bang Or Not To Bang: That Is the Question for your Coiffeurist!”